Alpaca is not a llama!

The alpaca is a mammal of the camelid family. It is just a little bigger than a sheep and weighs between 50 and 80 kg, for a height ranging from 75 cm to 1 m high. Its head is short, its ears are pointed, and its mouth is forked and split.

There are up to 22 different natural colours of wool, and the appearance of its coat varies according to the type of alpaca. For example, the Huacaya type has a medium-long, curly coat, while the Suri type has a long, straight coat.

Easy animals Alpacas are easy animals to keep. They prefer to eat grass and hay. Also, alpacas do not require much space. Nevertheless, it is advisable to keep two animals, but preferably more, as alpacas are real herd animals. They use a lot of body language to communicate with each other and only make a whinnying sound in case of danger. Unlike the llama, alpacas will not spit easily. Basically, they only do this to each other when they are eating or frolicking. Even after the birth of a foal, a mare may defend her young by spitting if one wants to touch the young. And if they have already been mated, mares will spit at the stallion as well. Alpacas, however, will never spit at people specifically. With some practice, alpacas can even be made halter-proof. 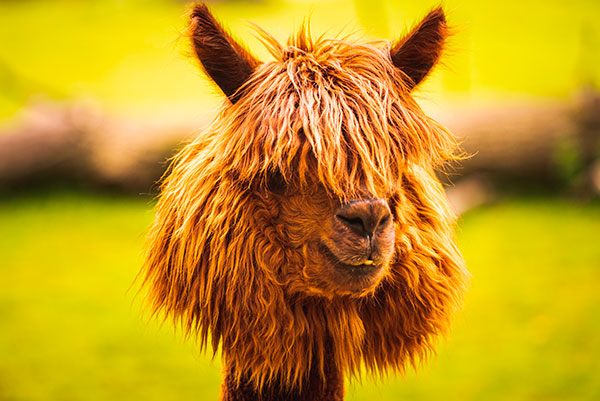 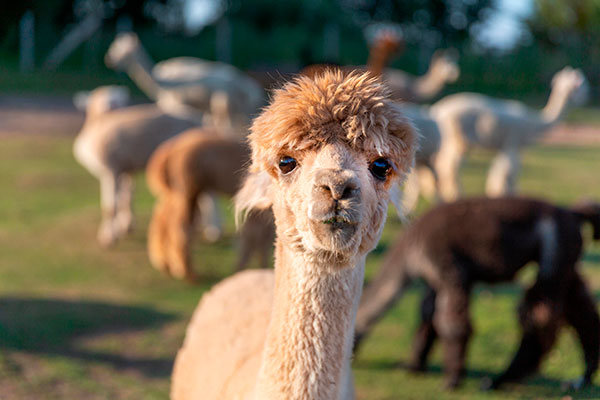 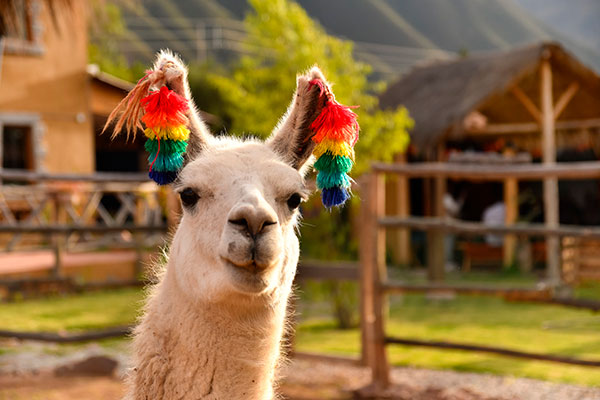 Where does Alpaca live?

In the wild, the alpaca lives in South America, all along the Andes Mountains, in Argentina, Bolivia, Chile, Ecuador and Peru. However, it is now bred in several other countries such as England, Switzerland, Australia, the United States and Canada.

Alpaca is not a llama!

Do not call alpacas a llama, minilama or dwarf llama! Like the llama, they belong to the camel family. But they are very different kinds of animals. For example, they hardly spit, can’t carry a load, and are unprecedentedly friendly and gentle. In addition, the soft soles of their feet hardly damage the grass in the pasture. That’s something else than the ploughing of a pony, pig or goat! 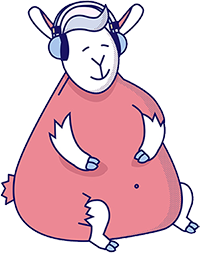 A gregarious animal, its behaviour is based on the social structure of the herd, and it becomes irritating when it does not mix with its fellow creatures. The alpaca lives in a group composed of a dominant males, females and young. All the other males are separate. If they covet the same female, the rivalry is often settled by a kick but can also degenerate into brutal battles with bites and head-butting. Alpacas communicate with each other through postures and particular vocalizations, and like the llama, they spit to signify their displeasure.

The alpaca, close to the man

First raised by the Incas about 5000 years ago, the alpaca is not a wild animal. This curious and friendly camelid appreciates the man’s company by whom it is nowadays domesticated mainly for its high quality wool. The mammal is very sociable and intelligent and is also used as a pet because it knows how to be very gentle with children. Its docility and it’s very sure footedness make it a pleasant hiking companion.

The alpaca falls under the so-called park animals, just like deer, ratites and wallabies. But in contrast to the shy nature of other park animals, alpacas are extremely curious and very interested in people. Just sit casually in the alpaca pasture, fiddling; chances are your alpacas will be looking over your shoulder in no time. This is why they are increasingly popular residents of petting zoos and care farms. And as a pet for yourself, of course!

Here are the most famous alpaca farms in Canada from different regions:

Alpaca’s wool is one of the softest and most luxurious

Alpaca is known worldwide for the quality of its fleece, which is renowned for its softness, fineness, thermal efficiency (warmer than sheep), comfort (including breathability) and its many natural colours (officially 22 shades in Canada, but more than 250 possible colours!).

Unlike sheep’s wool, alpaca fibre represents a much smaller percentage of the fibres produced worldwide, making it more valuable. 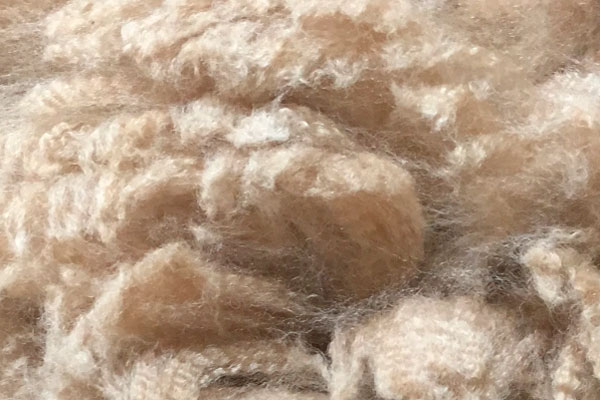 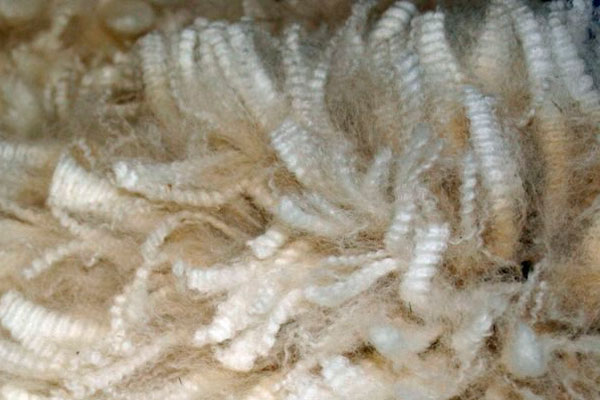 Unlike other luxurious natural fibres like cashmere, where the term refers to a certain quality of fibre, alpaca has a very wide range of qualities.

It is, therefore, appropriate to use the different grades of fibre for different purposes, the softest being the most sought after.

Therefore, the breeder’s job is partly to breed his animals to preserve or improve the quality and characteristics of the fibre.

Shearing and care of the alpaca

The alpaca is sheared only once a year, at the beginning of spring (usually in May), to avoid that the animal gets too hot in the summer (and to avoid heat strokes which can be fatal), but also to give the fibre time to grow back for the fall and the cooler weather.

This shearing is essential to the animal’s well-being and is done without hurting it.

It is done with the animal lying on a mat or a shearing table, with its legs tied to prevent it from moving and injuring itself.

Breeder shears by sections put in different bags to better separate the qualities according to the part of the animal’s body. This simplifies the sorting of the fibre and the fleeces later on.

Breeder often takes advantage of shearing to trim the hooves and teeth (which are constantly growing) as well as to cut the tips of the fighting teeth in males. The alpaca needs little regular veterinary care on a yearly basis, only a vaccine and deworming.

What is the difference between an alpaca and a llama?

Alpacas are bred for their soft wool, while llamas are known as the "Ship of the Andes," they serve as pack animals. Llamas are somewhat larger than alpacas. Llamas' wool is of lower quality and falls out annually, so these animals do not need to be shorn.

What kind of sounds does an alpaca make?

The sound one usually hears it is the soft and satisfied "humming". They also have an alarm call, which is somewhat like the whinny of a horse.

No, alpacas are peaceful animals. They do not bite and can be handled easily by children.

What can you do with an alpaca?

Alpacas are sheared annually for their good quality wool. In addition, they are ideal companion animals and can easily learn to walk on a halter.